Last year, I wrote a post featuring some artwork by PoW Richard Schlicker. My hopes were that others would come forward with more examples of Schlicker’s artwork and, a year later, the result was just that. Laura stumbled across my blog and emailed me three pictures of paintings from Richard Schlicker that her father purchased while serving as a camp guard, likely at Lethbridge. All three feature scenes at Camp 133 – Ozada, Alberta and, like those in my earlier post, were probably purchased at one of the art and craft sales hosted by the PoWs at Camp 133 in Lethbridge. 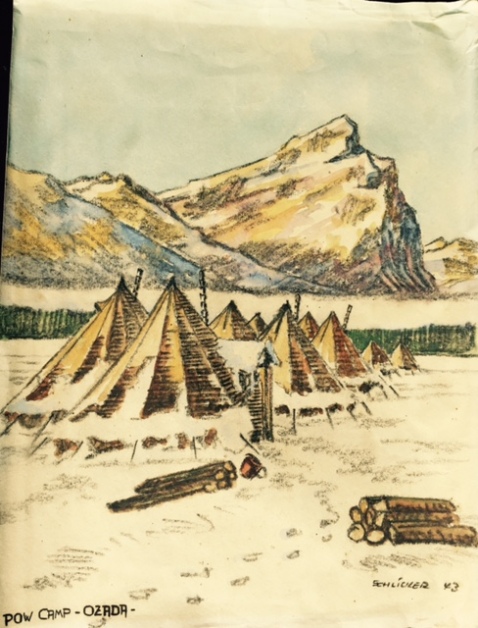 If anyone has any other examples out there, please get in touch!