Richard Schlicker was among the thousands of German soldiers captured in North Africa and subsequently shipped to Canada in 1942. First arriving at Camp 133 at Ozada, Alberta, Schlicker was later transferred to Camp 133 at Lethbridge, Alberta. With the exception of working on some Albertan farms in 1945, he spent the remainder of the war in Lethbridge before being shipped to the United Kingdom in March 1946.

While I know little else about Schlicker’s life, I do know that he was a talented artist that put his skills to use throughout his time in Canada. In a rather fortunate occurrence, I came across two of Schlicker’s paintings in Calgary this summer, the two watercolours shown below. Signed and dated 1944 and 1945 respectively, these paintings do not depict camp life but scenes more commonly found in Germany. 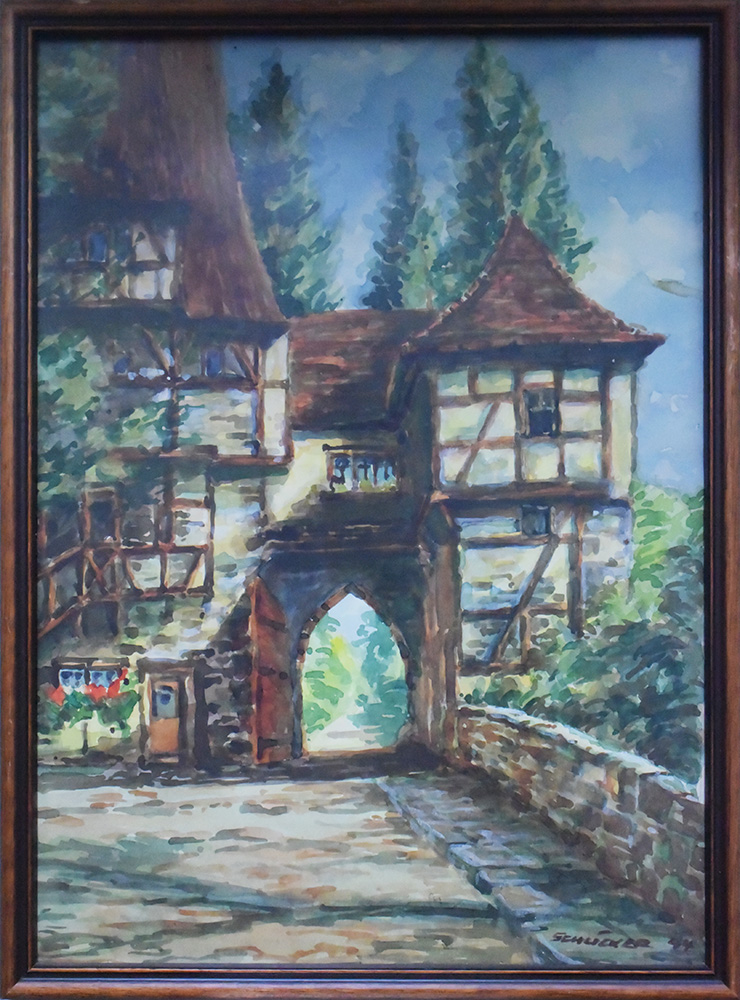 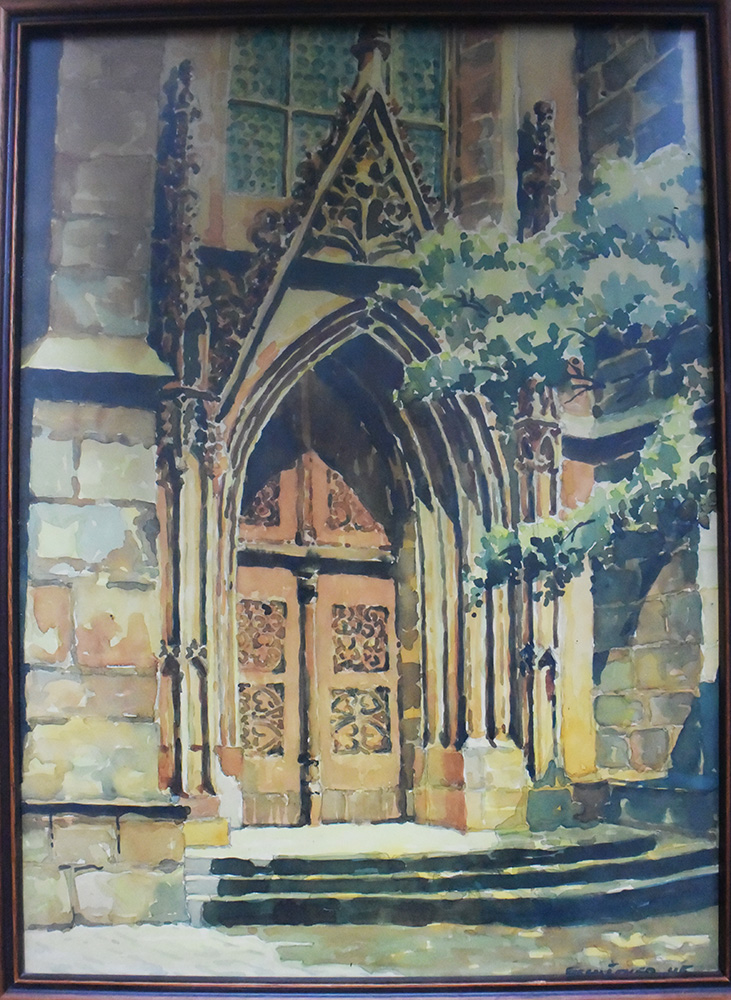 Nearly every internment camp had a group of artists and while some painted for themselves, others sold or traded their work with comrades and, although it was forbidden, the occasional guard. Sometime closer to the war’s end, Camp Commandants began allowing PoWs to hold art and handicraft shows, first for the guards and camp staff, and then to the general public. Rather than receiving cash, their profits (as far as I can tell, all profit went directly to the PoW) were added to their savings account or made available to them in the form of credit or chits which they could exchange at the camp canteen. Shows were quite popular and eventually held on a fairly regular basis. These two Schlicker paintings were sold at one such sale to the mayor of Lethbridge at the time, Alfred W. Shackleford, who later passed them down to his son.

While copying Schlicker’s pay records in Ottawa, I was pleased to find entries relating to his art sales. I was even more surprised to find that two entries specifically mentioning the sale of two watercolours – perhaps these two are from one of these sales! The entry also notes that Schlicker’s paintings were each being sold for $2.00 each.

But the surprising finds were far from over! Shortly after arriving home, I received an email from an individual asking if I’d be interested in scans of some PoW artwork from his uncle’s time as a PoW in Canada. Answering “of course!,” imagine my surprise when he forward a series of illustrations all drawn by Schlicker. These ones, however, depict life as a PoW in both Canada and North Africa. As PoWs were prohibited from owning or operating cameras, artwork such as this provide important insight into what life was like behind barbed wire.

While a search for more of Schlicker’s work has yet to reveal anything, perhaps someone who knows more will stumble upon this post!

2 thoughts on “Searching for an Artist – PoW Richard Schlicker”